“We are more powerful when we empower each other.” Starting your journey is simple!

We are a family run wrestling self defense school that has been helping children and adults in the Sheffield area become stronger- mentally, physically, emotionally & socially for over 20 years. We specialise in teaching complete beginners to elite and Olympic level athletes and pride ourselves on our welcoming and friendly atmosphere, top quality facilities, and passionate, approachable and knowledgeable coaches.

At empower wrestling we teach both Greco-Roman and Freestyle wrestling at all weight levels.

Wrestling is encouraged in US Schools, Colleges and Universities as part of both the curriculum and as an extra curricular activity. The movement and techniques learnt through wrestling have been shown to improve academic learning, focus and concentration.

Our focus is to promote and provide these techniques in the UK.

Empower Wrestling classes benefit growing children far beyond the dojo and in many real-world scenarios. Our structured classes are meant to help develop coordination, physical fitness, mental strength, as well as gain valuable social skills. Through positive reinforcement, we can bring out the best in your children to help them succeed in life.

GET FIT While learning wrestling and self-  defence techniques

Learn wrestling for self-defence, build confidence, and get in the best shape of your lives! Our programme has tons of physical, mental and social benefits, suitable for anyone and everyone. Become part of something positive and learn new skills from trained wrestling professionals who have worked with some of the best Olympic and elite athletes in the world. It’s easy to get started—Enroll in our empowering classes today!

Suitable for all ages over 5+ 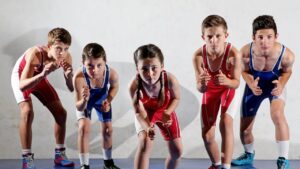 Give your Kids the lifelong gifts of personal success, confidence, discipline and self defence. 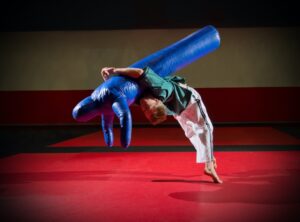 Instead of giving in to the mood swings such as anger, frustration and attitude take them to our self defence classes instead! 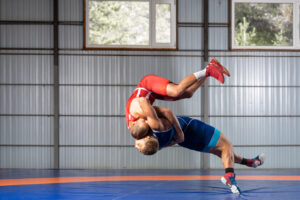 Our Self defence classes are fun, empowering and provide a great workout for adults. 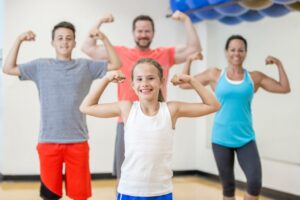 Fun, empowering fitness for the whole family! Turn your family time into a quality workout that everyone will enjoy.

Unsure if wrestling is right for you?

Get your FREE 30 Day Gratitude Manual
Get started today! And see how our training techniques can improve your physical and mental well-being.

Reviews from some of our students

I have found my sessions with Omid to be really beneficial as it’s giving me the confidence in so many other areas in my life, not just in self defence. I am naturally a shy girl and struggle to communicate, Omid understands my challenges and has never made me feel uncomfortable. He is great at pushing me out of my comfort zone bringing out the best in me. My progress in just a short space of time is impressive and it makes me feel really good about myself. Sense of achievement. 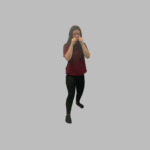 Erin Zeb14 Years
The sessions with Omid has helped improve my fitness, strength, and I feel safer, happier and I recommend it to all my friends if they want to learn how to defend themselves 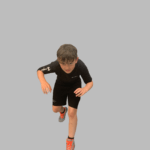 Frank12 Years Old
Omid is helping me achieve my dreams and my goals, he’s always positive and is always there for me mentally and emotionally before competitions and in life! I would recommend it to everyone regardless of their ability. 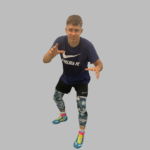 Eddie19 Years Old
Omid has made my future brighter, equipped me with helpful skills in both life MMA and Wrestling, he has given me great opportunities to showcase my skills in competitions! 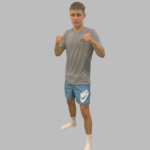 Thomas16 Years Old
I feel safer in life, a lot happier mentally and more confident! i am looking stronger and it makes me feel free and I would recommend the sessions to everyone! 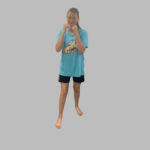 Nancy14 Years Old
The wrestling coaching I've got from Omid has been extremely in depth. Classes are very educational and cover so many different aspects of wrestling in a really condensed time. Omid could not be more welcoming and is very good at breaking down techniques and helping you improve as effectively as possible. Would highly reccomend to anyone. 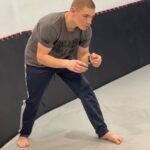 Luke19 Years Old
My 6 year old son has been attending MMA classes for about 4 months now and absolutely loves it. Omid, his coach has a very high commitment to excellence when he is teaching the children, he is very thorough, has a great knowledge of the sport, my child is always safe and most importantly he absolutely loves it! Thanks again guys! 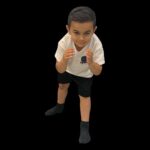 We work in partnership with 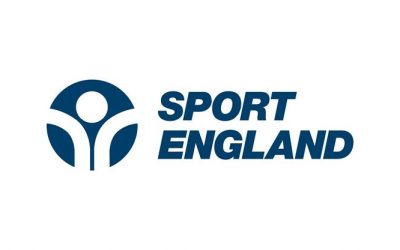 Join today and find out how studying this Olympic sport can improve your fitness, lifestyle and attitude towards your daily life

We supply a range of empower branded sportswear for club use, to show your style and club affiliation